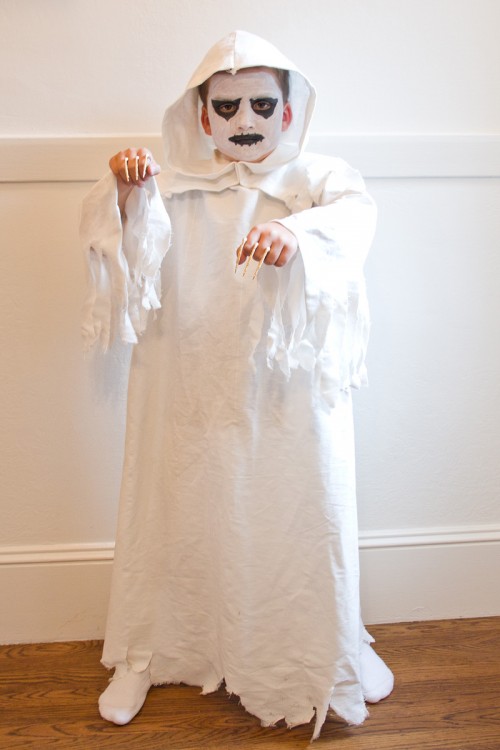 This is Oscar’s “real” costume. He’s a Ghoul. 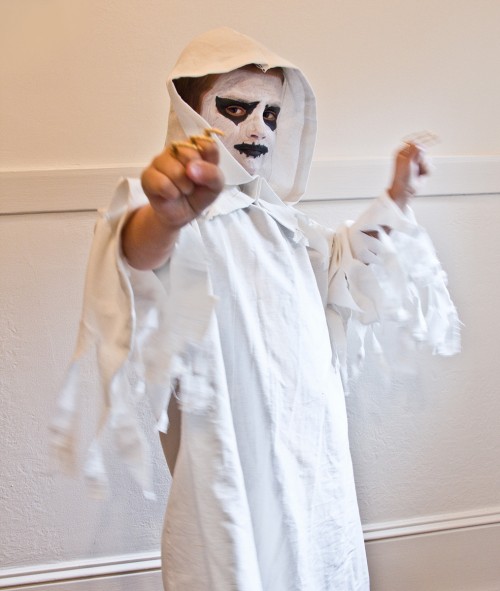 His claws were his favorite and most special part of his costume.
I was hoping for a non-scary costume, but alas. 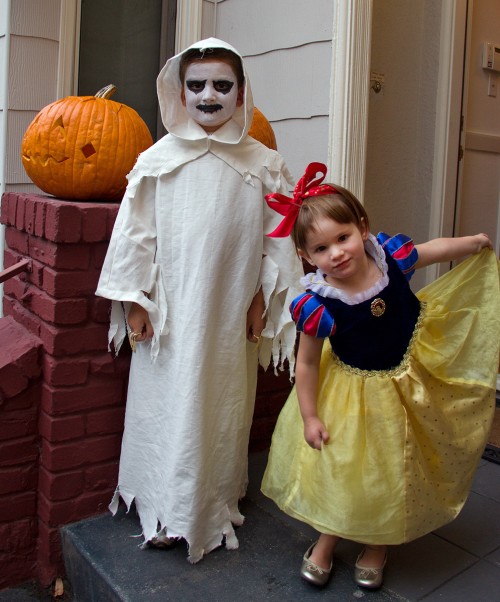 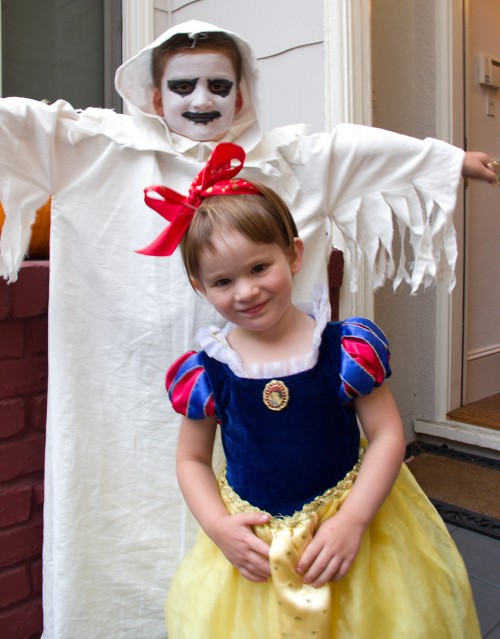 It’s been a long and grueling week, with too many costume variations to keep track of.
I was just happy that they were happy. 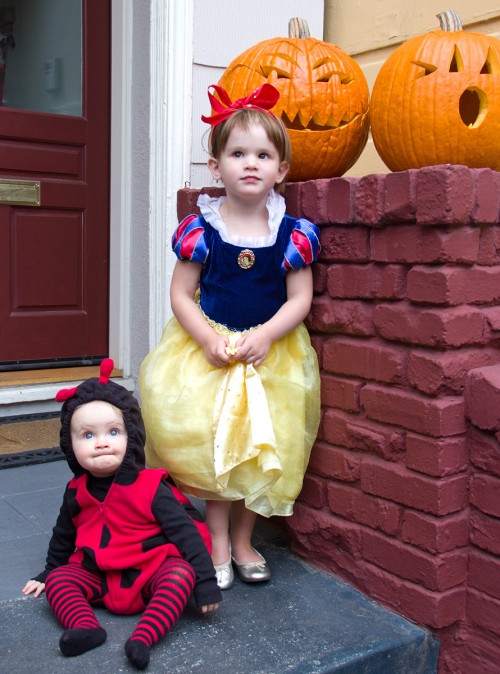 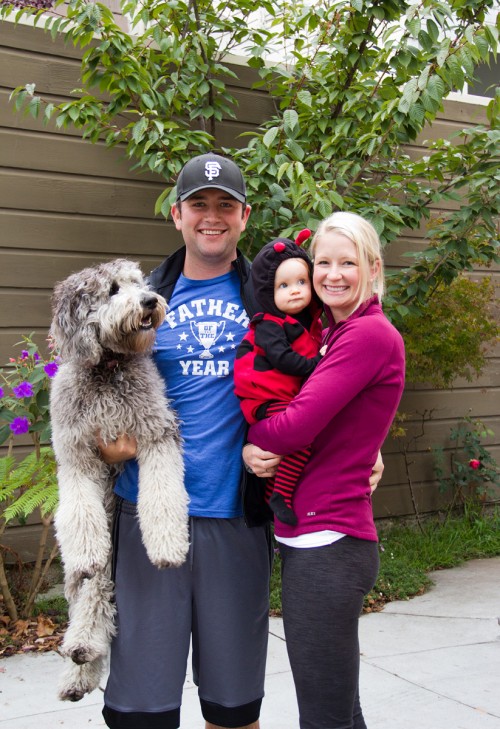 Aww, the Browns. Too cute! 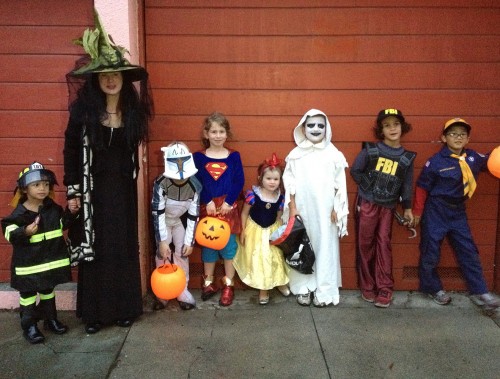 Our Trick Or Treating crew 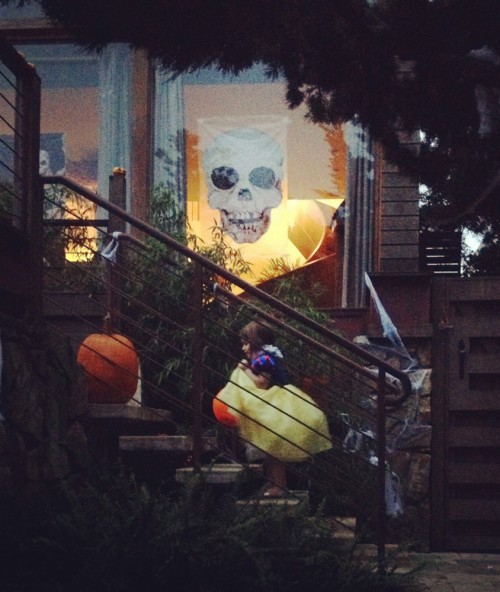 Lucy was so fun to trick or treat with!
I had an absolute blast with her! She was fearless and “into it”. 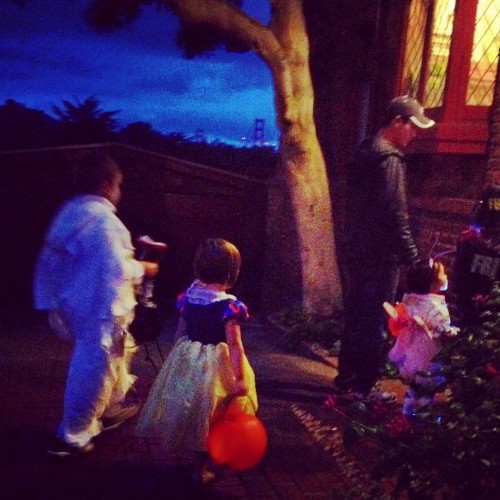 We went on West Clay – second year in a row. Great spot. This is during the hour between 6pm when we started, and 7, when the rain came.
After that, we called it. Both kids were satisfied with the slightly smaller haul.
I felt so happy that the rain held off for as long as it did. 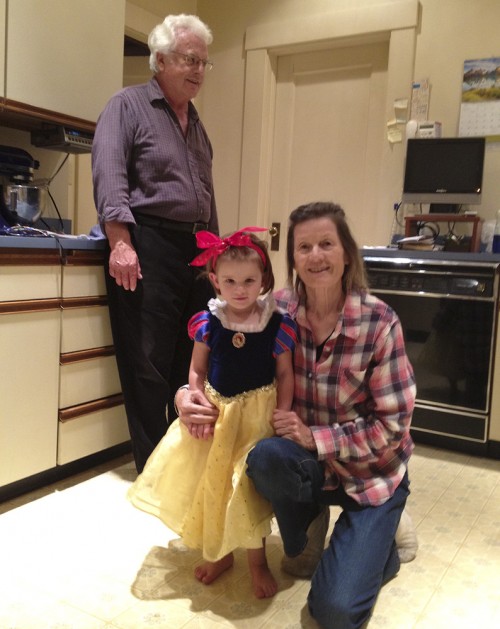 Omi and Opi’s house is right around the corner! 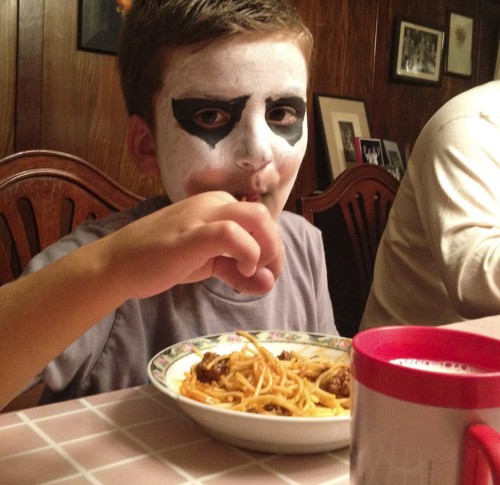 They were so AWESOME to have dinner ready for us! 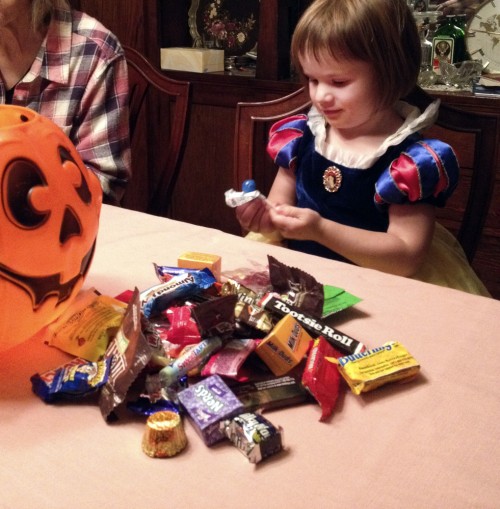