And, in an unexpected big-boy move, he declined the offer of my presence at the ballpark. I believe this to be his first “drop-off” party. (cool! and so very adventuresome!)
With Tamir’s parents Amanda and Barry, and surprise guest Ms. Ruth, the kids Barted to the game, ate hotdogs in the sunshine, and watched the A’s cruise to a 5-1 win over the Tigers.

We broke out the face paint for a little pregame Green and Gold: 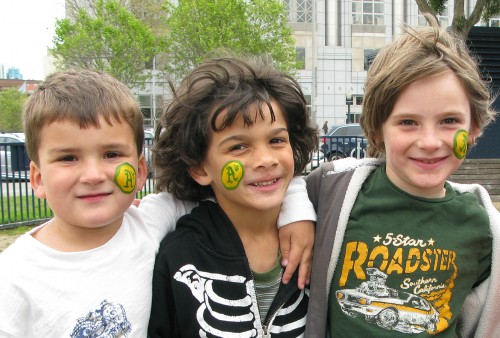 Jacob chose his hand instead (clever I thought): 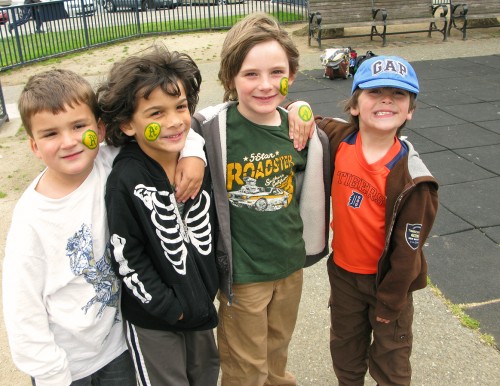 After the game, we re-joined the group at Tamir’s house. Lucy was rooting for the A’s too! 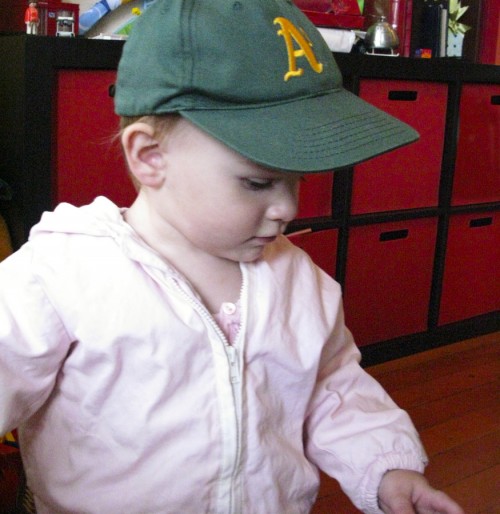 Here’s Tamir after blowing out the candles on the yummy cake: 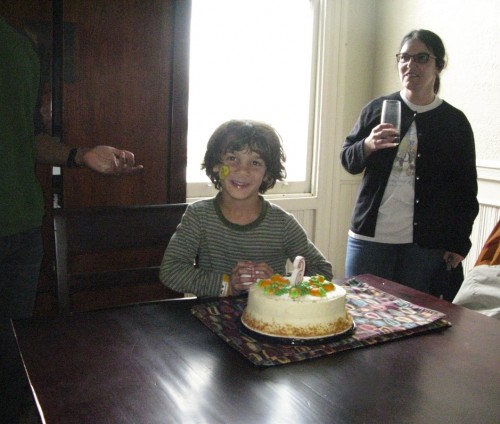 Thanks for a fun day at the ballpark! Happy Birthday Tamir! 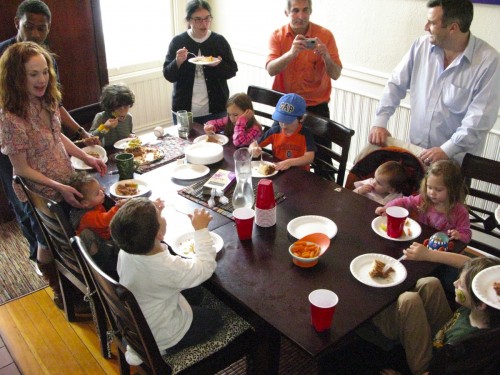 One Response to “Oakland A’s Fans”