Let me start by saying It could have been waaaayyyy worse!

The day’s errands involved a trip to Clement, primarily to shop for live dungeness crab at Seafood Center. Parking in front of my favorite housewares and supply store was just a bonus (more on Kamei later.) 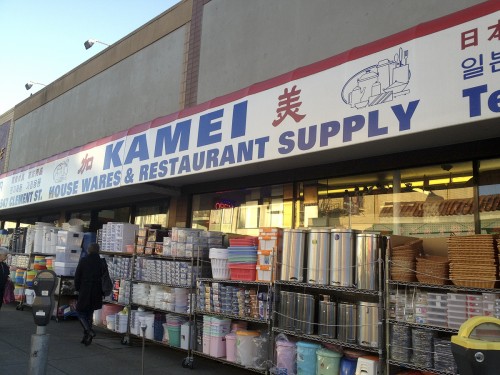 Oscar was at school, and Lucy and I had a little over an hour to spend shopping on Clement. We ducked into See’s candy, but the line was 9 people long. We left empty handed. Next we hit a Walgreen’s for some medicine for Lucy (she has athletes foot I think! poor girl). We also got some Christmas goodies, and some instant-gratification goldfish-crackers for a very peeved Lu Lu, who had seen ‘the light’ inside See’s.

Next up was the crabs, -seven of them,- for Kiera’s birthday party. They would eventually look like this: 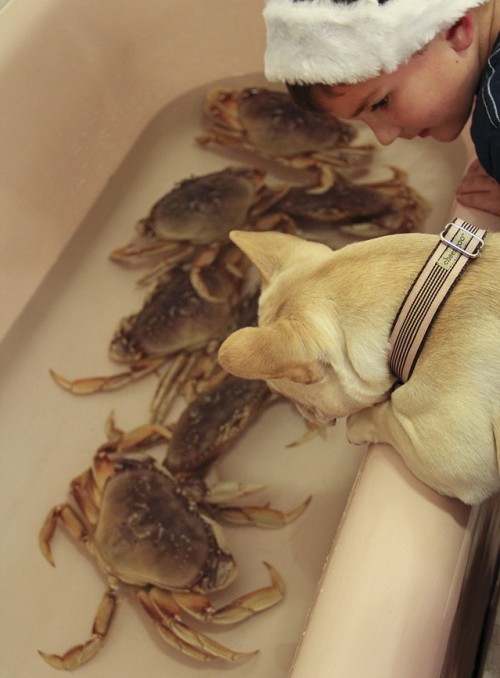 But we weren’t there yet. The crabs were bagged up for us, (all 15 lbs. of them!), and Lucy and I headed back for the car. 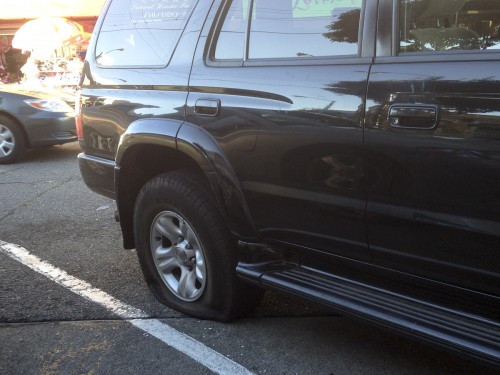 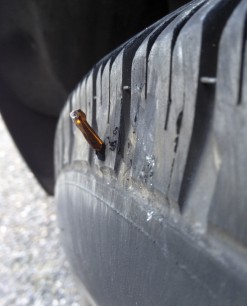 Mark arranges the plan – he calls Triple A and asks for a grace period on our expired service. Then he calls Omi & Opi, who come to our rescue in the form of Picking Oscar Up On Time!! Yay! So all I had to do was hang out, and watch Lucy play with the Kamei plastic stools. (She’s obsessed with stools – it was ideal.) 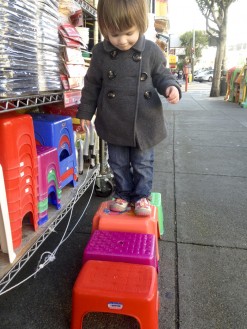 They’re so cheap, I almost went in and bought a stack to bring home with us – but I didn’t want to miss my man. My knight in Yellow armor.. 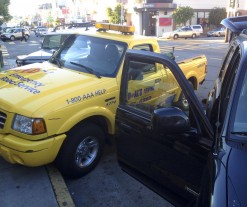 Lucy and I watched the dude fix us all up. 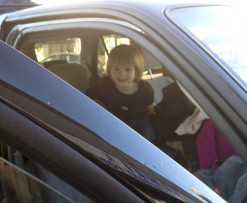 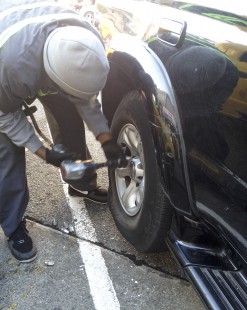 I had to move the car seats to get at the tire tool, and BONUS! found my missing notebook! So Relieved! 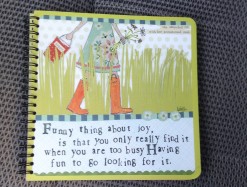 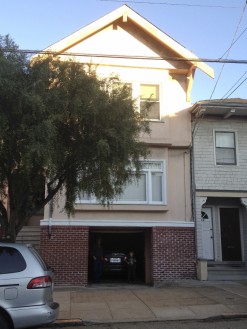 With four Round wheels, we swung over to Omi and Opi’s house, who were just getting back home with Oscar.
Hooray! My heroes!

(For more birthday photos later that evening, head over here.)